Irish v Scots whisk(e)y. Paul is away with the Irish!

Pot still Irish can only be made in a pot still from a single distillery, as is single malt. What makes it Irish whiskey? – the mix of malted & unmalted barley in the mash, which gives it a spicy end. This was the main Irish style in the 19th century right up until the 1960s. Pernod Ricard’s Irish Distillers at Midleton distillery in Co Cork, with brands like Redbreast and Green Spot are now in the fore and are favourite drams of mine to be sure. And by the way, whilst we are at it ‘who was the father of Irish whiskey?’ Answer ‘John Jameson’. Aye but hold on a minute there, Jameson was Scottish. And, was married into the Haigs, who themselves had married into the Stein family, at the end of the 18th century, these two families controlled over 50% of Scotland’s whisky production. In the late 18th century, Robert Haig built one (and possibly two) distilleries – Dodder Bank in Dublin. It was the start of an investment in the new Irish whiskey industry by both families. John Haig of Lochrin married Margaret Stein in the 18th century. In 1768, their daughter, Margaret  married John Jameson. Soon after, they moved to Dublin where John took a share in a distillery in Bow Street. Meantime, John Stein Jr built a distillery in Dublin’s Bow Street, another in Marrowbone Lane and, had distilleries in Clonmell and Limerick. With the success of Irish whiskey – by the 1880s Cameronbridge distillery (Scotland) was now making ‘Pot still Irish’. BANG UP TO DATE; will Scots distilleries follow do you think by mixing the malts? Answers on a post card to Paul, Info@whiskytours.scot

Note; Paul is a mongrel, half Scot (dad) and half Irish (mum), or Celtic as he says, and spends his time in each country as often as he can. With family all over Ireland (Donegal, Kilkenny and Dundalk he does get around, but he doesn’t drive there, he has family or friends (Mark) to do this for him, although he is like a pig in muck sitting on a coach on whiskey tours. This is his second Irish blog in a matter of days – what is he drinking? Who has he been yapping to?

GRAND BOOK – A Glass Apart is a complete guide to the profiles, production, history, and revival of Irish pot still whiskey. Forget everything you were told about light Irish” delicacy. After decades of outspoken adoration from critics, bloggers, global drammers and a few devoted Irish distillers, single pot still has at last sprung back from the casket of bartending curiosa and taken its rightful place among the most awarded spirits in contemporary distilling. A Glass Apart: Publisher: Images Publishing Group Pty Ltd  ISBN: 9781864705492 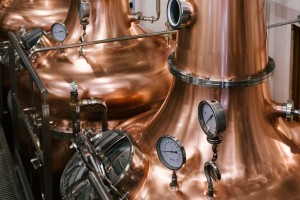 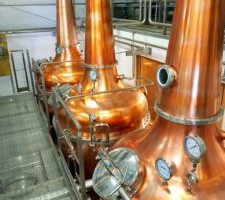