Distillery manager Iain McAlister, from Campbeltown has worked at the distillery for over 9 years and is very hands on in the day to day production of the Glen Scotia spirit. Managing a small team of only 7 the distillery ‘,

Campbeltown or Lochhead as it was earlier known, was reportedly the ancient seat of the Scottish Parliament set up by King Fergus in 503AD. Indeed the site of the Glen Scotia distillery is built near to Campbeltown’s ancient parliament square. The whisky produced here is special too – so much so that it’s classified as a separate region, quite apart from the Highland, Speyside, Lowland and Islay whiskies.

Q  where do you get the water supply?  A  All our process and production water comes from Crosshill Loch, a man made reservoir built in the early 19th century to supply the growing number of distilleries in Campbeltown. Two cast iron pipes were laid to supply the distilleries. We still use this pipe which was laid in the 1860s.

Q Peat and Grain?  A We produce both peated circa 15 ppm for lightly peated and 55 ppm for heavily peated. Presently we use Concerto malted barley from Glenesk malting – all scottish barley.

Q  What are your day to day tasks?   A  My daily tasks are an everlasting list! I have no assistants, so i complete all my daily tasks from distillery paperwork to obtaining samples for tasting and analysis myself. I  take my job very conscientiously and love the fact that i am involved in every part of the process. I never have two days the same and love the variety this position gives me.

Q  In 2015, you opened your new Visitor’s Centre at the distillery. It is a beautiful room. Using traditional materials including local stone, wood and specially commissioned Glen Scotia tweed. There is also a very well stocked shop where you can purchase a bottle of favourites.  I will be bringing the Finnish “horde” here in August, what will they be tasting?  A  Our distillery bottlings are presently the Double Cask – using Bourbon with Sherry finishing. The 15 year old and the Victoriana, which are finished in Oloroso and PX sherry casks with a deep char finish respectively. This trio gives a very nice representation of Glen Scotia Distillery. Apart from that, we have distillery select editions which come and go!

Q  What first got you interested in whisky?  A  The history of Campbeltown and the part whisky played in its past is fascinating and was what brought me to work at Glen Scotia Distillery, now I am here all the facets make the distillery so interesting.

Q  Next question comes easy (to me); what part of a distillery do you get most satisfaction from?  A  The whole place make me tick! We recently renovated redundant warehouses, which just seems the natural thing to do, as it is part of the overall distillery.

Q  Do you have any thoughts about finishing? Port, Sherry etc. More and more finishes are now on offer. In fact, do you have a favourite finish (mine is sherry)?  A  Yes finishes are all appropriate if done correctly. I also like sherry.

Q what do you look for in a new whisky?  A  I look for balance in new make spirit, with the appropriate higher alcohols that will ultimately give a whisky that is representative of Glen Scotia.

Q  Where do you see this industry being/going in 5 years from now?  A  I see Glen Scotia becoming a lot stronger and whisky in general still being a sought after commodity.

Q  Weird question; if Aliens came and took ALL our whisky in the world, what would you then do with your time? A  I would write a book on the whisky industry and its relationship with Campbeltown.

Q  Relaxing at home what whisky would you pour yourself?  A  I nearly always drink Glen Scotia, I particularly like the Double Cask.

Q  So far what has been your proudest moment in the Whisky Industry? A  The day I walked in the door of Glen Scotia Distillery!  Campbeltown had 28 distilleries by 1851, and proudly proclaimed itself ‘the whisky capital of the world’. Today only three distilleries remain, of which ours, Glen Scotia, is one of the finest in Scotland. HISTORY – DISTILLING DATES BACK TO 1609 WITH THE GRANTING OF THE FIRST LICENCE TO PRODUCE ‘AQUA VITAE’.

Whisky making on the Campbeltown peninsula dates back to 1636 when a farm at Crosshill made a return for 6 quarts of Aqua Vitae payable to the town of Lochhead, the former name for Campbeltown. With the ready availability of local barley ‘bere’, peat for drying the malted barley and fresh water, the area became a rich bed of illicit whisky production through the late 18th century and the first years of the 19th century. The final key element was the Armour family, a firm of local plumbers and coppersmiths, who arrived in Campbeltown in 1798. Robert Armour’s coppersmith business, set up in 1811, was the perfect cover for the manufacture of 4 part illicit stills made up of ‘The Vessel’, typically less than 40 gallons, ‘head , arm and the worm’. Robert Armour kept detailed records in his Still Book up until 1817.

Many thanks Iain, great interview, will see you in August when we come for a visit/taste with our friends The Malt Whisky Association of Finland. 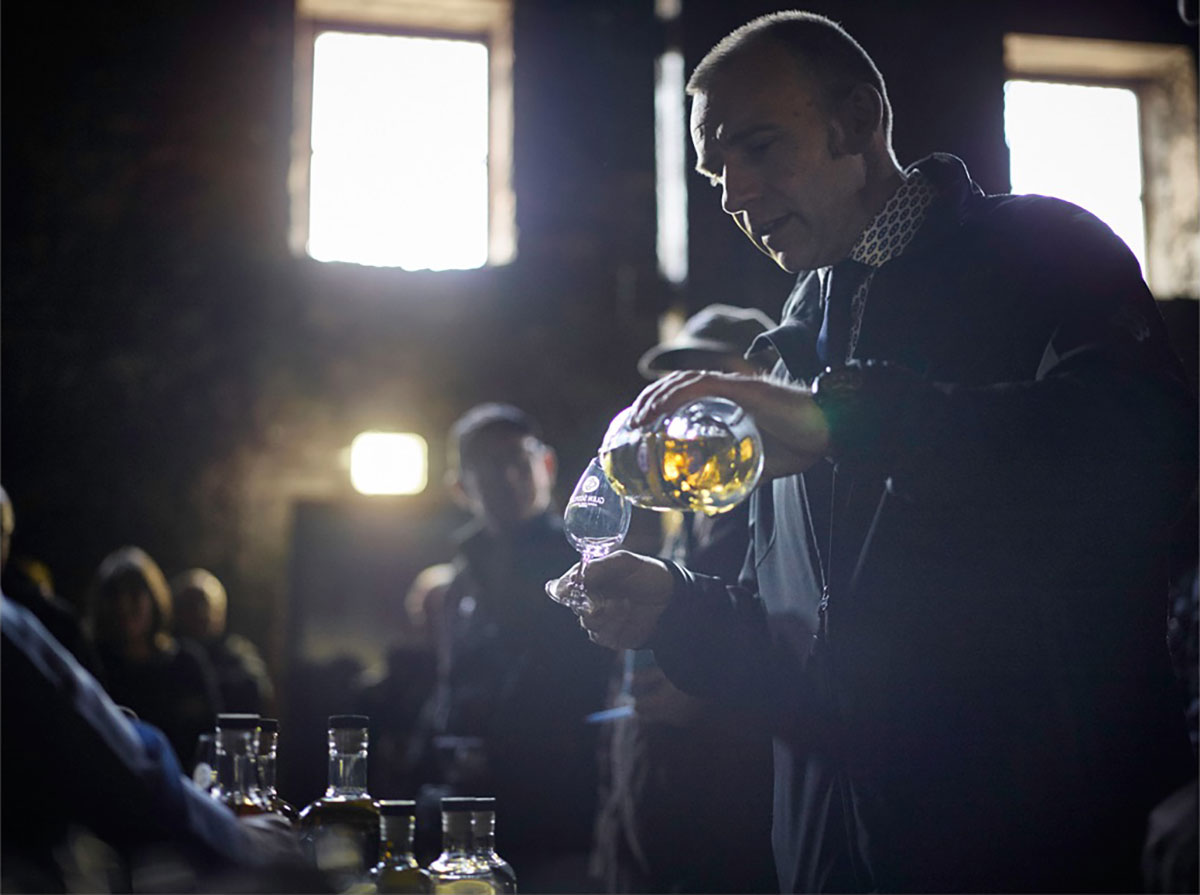