Friends of the Quaich November 2016 WhiskyTasting

Friends of the Quaich November 2016 WhiskyTasting 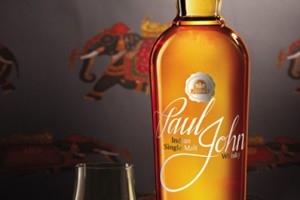 A wee tasting blog from our pals over in Vancouver Island, Canada.

Hosts: David and Ros Ross. First up: Nomad Outland blended whisky. 41.3% ABV. Born is Scotland and matured for an extra year in Pedro Ximenez PX casks at Gonzales Byass. Nose: Sweet dried fruit, Spices and Vanilla. Palate: Creamy almost to the point of Oily, Heavily sweet, caramel and marzipan. Finish: Long and sweet, syrupy. Note: Not surprisingly this whisky is from the genius of Richard Paterson of Whyte and Mackay and so it’s reminiscent of Whyte and Mackay’s Special Blend only much sweeter. We recommend trying this dram as an after dinner dram as its sweet but less cloying than a whisky liqueur. Liz and Paul think it is like a Dalmore Cigar Malt!

Liz and Paul also have tried the Paul John bottle, in fact they have tried most of the range from that distillery, Paul knowing their master distiller well. They have also been away to Vancouver Island a few years ago now, attending the big whisky festival there – great! The Friends have been on whisky tours here in Scotland and in Ireland with mcleanscotland, see them again soon!