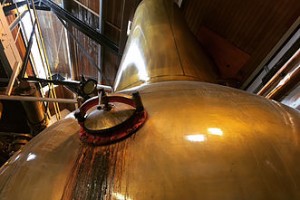 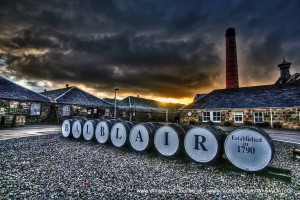 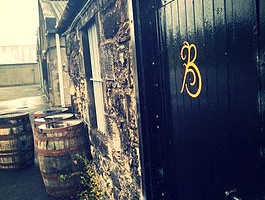 A blog from a friend of ours in the USA, Holly has been around the world to so many distilleries, it was hard to pull one out, but we did! BALBLAIR

I visited Balblair not sure what to expect. They do things differently in regards to single malt launches and branding in general. They are owned by Inver House, just like Knockdhu where I worked for a bit, as well as Speyburn and Old Pulteney. I made sure to let them know I would be working at their sister distillery, Knockdhu, because you can sense the internal rivalry between the five Inver House Distilleries!

Beside Speyburn, they all sit pretty comparable in regards to capacity. Speyburn recently went through a major renovation and is now very well automated and producing more than the rest. They compete over energy efficiency, weekly yields etc. It’s all healthy competition of course!

Balblair is located north of Inverness and in quite a beautiful area. They were bought over by Inverhouse in 1996 and it was only in 2007 that they started releasing their single malt as a brand, which they call “vintages”. I will discuss the vintages later on. As you are welcomed into the visitor room, there hangs pictures of all the distillery employees. I wonder if they liked their pictures hanging there and having every tour that goes through hearing their life story.

There are 9 employees and 4 of them all come from the family line of the “Ross’s”.  Only 15% of the 1.8 million liters of new make they produce each year goes to bottled vintages and the rest is used or sold to blends. The mashtun is stainless steel and they run three waters to gather their wort.  There are six Douglas fir washbacks and each on can hold 21,000 liters of wort. They then use 105 liters of liquid, cream yeast. Fermentation lasts about 60 hours before it moves on to the one wash still.

Their wash and spirit still were quite short for what I expected and there were no reflux bulges.  They fill casks on site and fill about 2000 casks per year. There are warehouses on site that can hold about 30,000 casks, but currently only about 18,000 are on site. As with the other Inverhouse distilleries, bottling is done in Airdrie, Scotland. Similar to most Scottish distilleries they use a mix of bourbon and sherry casks for aging. What was interesting though…

For the full blog visit Holly at. http://www.herwhiskylove.com/single-post/2016/10/06/Balblair-Vintages-from-the-Highlands

Liz and Paul have visited Balblair and aye, it is a good tour.