So 2017 has dribbled away, have all the drams run out? Not by any chance, actually so many new distilleries opened in 2017 here in Scotland, with more planned. In October, Ian Macleod Distillers announced it is to reopen Rosebank in 2019, Diageo to reopen Port Ellen and Brora by 2020.  In 2017 – ten new whisky distilleries opened. August; Twin River Distillery, at Deeside Brewery became the first whisky distillery to open locally for almost 200 years.  Friends of ours and very local, Aberargie opened in November, GlenWyvis began distilling on St Andrew’s Day (30 November). BrewDog’s Lone Wolf, started the first rye spirit seen in Scotland for a hundred years or so, (unsure on rye whisky myself). This year 10 new whisky distilleries could follow on.

The 2018 Islay Festival (25 May – 2 June) could also include Hunter Laing Ardnahoe Distillery, I took a few guests last year, just to see the start … the first Borders distillery for almost 200 years is running schedule, possibly to start producing in January.  In Hawick, the £10m distillery is said to aim at 1.8m litres of spirit, for both single malt whisky and gin. Burnbrae Distillery in East Kilbride, one to keep an eye on maybe? J&G Distillers, who also own Hart Brothers, has been extending bottling warehouses in East Kilbride, a malt whisky distillery is expected operational early this year, is not expected to open to visitors. Douglas Laing & Co.’s £10.7m distillery opens at Pacific Quay, Glasgow, the city’s fourth whisky distillery, joining the Strathclyde grain plant, Glasgow and Clydeside malt distilleries. Meanwhile in the capital; Liverpool drinks company Halewood Wines & Spirits will produce 165,000 litres of spirit per year, taking the John Crabbie & Co. name back to the capital. It is now owned by Halewood (Liverpool), John Crabbie & Co was one of the six founding partners of Edinburgh’s North British Distillery in 1885, with John Crabbie the conglomerate’s first chairman.  Today a ginger beer, John Crabbie & Co was a distilling and blending Scotch whisky. This summer, the Granton Harbour development will finally see the company return to its roots. Edinburgh’s Engine Shed malt whisky distillery and visitor centre at Holyrood Park is expected to open and produce 100,000 litres each year, making it among the smallest distilleries in Scotland. Meanwhile a whisky fact; Scotland has built only two grain distilleries in the last half century – Loch Lomond in 1993 and Starlaw in 2010. This year, the eighth grain distillery is looking to open in the borders. Reivers is the first distillery complex being built by Mossburn Distillers, near the River Jedwater, Reivers is a small, distillery designed to produce a range of spirits, including malt whisky in pot stills and grain whisky in columns –  expected to be open by June. Meanwhile, its’ sister distillery, the larger Mossburn complex, won’t be here until at least 2020. 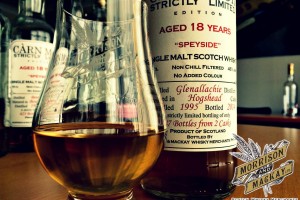 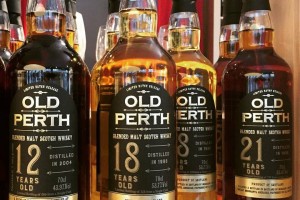 Up in the Highlands – Toulvaddie Distillery near Tain is thought to be nearing completion.  It will be the first whisky distillery to be founded solely by a woman – television producer Heather Nelson and will produce 30,000 litres of a whisky. Toulvaddie is entering all Friends of the Distillery into a prize draw to win the first bottle of single malt whisky produced by the distillery, FAB! More should be doing this rather than some crazy price for bottle one, as we have seen recently. With all this new distillery talk, don’t forget we will be taking our tours at the usual, the unusual and new ones – watch out for news.

One of my favourites bands Runrig, are to take a final bow after 45 years, the Skye-born band (originally) are to create a whisky to commemorate their last stand. Runrig’s Final Mile farewell tour this year will end in August with The Last Dance concerts at Stirling City Park. They have partnered Duncan Taylor Scotch Whisky in Huntly to produce several special bottles of whisky for different tours in the past, so they called for one more Runrig whisky  – One For the Road. Calum dropped by Duncan Taylor’s to oversee production, it will be distributed alongside their merchandise on their final tour. Moji Shand, chief executive of Duncan Taylor Scotch Whisky, said: “When Runrig announced they were pulling down the curtain on their 45 years in music, it was only apt that we would collaborate with them again on a whisky. The whisky is on sale at £69 from The Spirits Embassy website www.thespiritsembassy.com “my favourite band and good pals DT are collaborating.

What put Perth on the whisky map?  As you may know, we are based in Perth, so here are a few Perth dramfacts;  Bell’s, Dewar’s, Famous Grouse and, for a time, Beneagles, were all blended and bottled in the town before being exported and enjoyed across the world. John Dewar & Sons was based at Inveralmond. Its’ bonded warehouse was on the junction of Glasgow Road and Glover Street, now the Dewar’s curling rinks. Nowadays whisky has gone from Perth but should you wish to recollect or delve into the past, try a bottle of Old Perth – Old Perth Scotch Whisky was originally created in the early 1900,s by the Thomson family, well known grocers in the City. By late 1970 the brand disappeared. Brought back to life as a blended malt in 2013 by Morrison & MacKay, the brand is the only whisky now blended in Perthshire. I wholly recommend these drams of Old Perth, easy to find and easy to drink.

Have a dram happy 2018!  Paul and Liz, mcleanscotland.com and whiskytours.scot